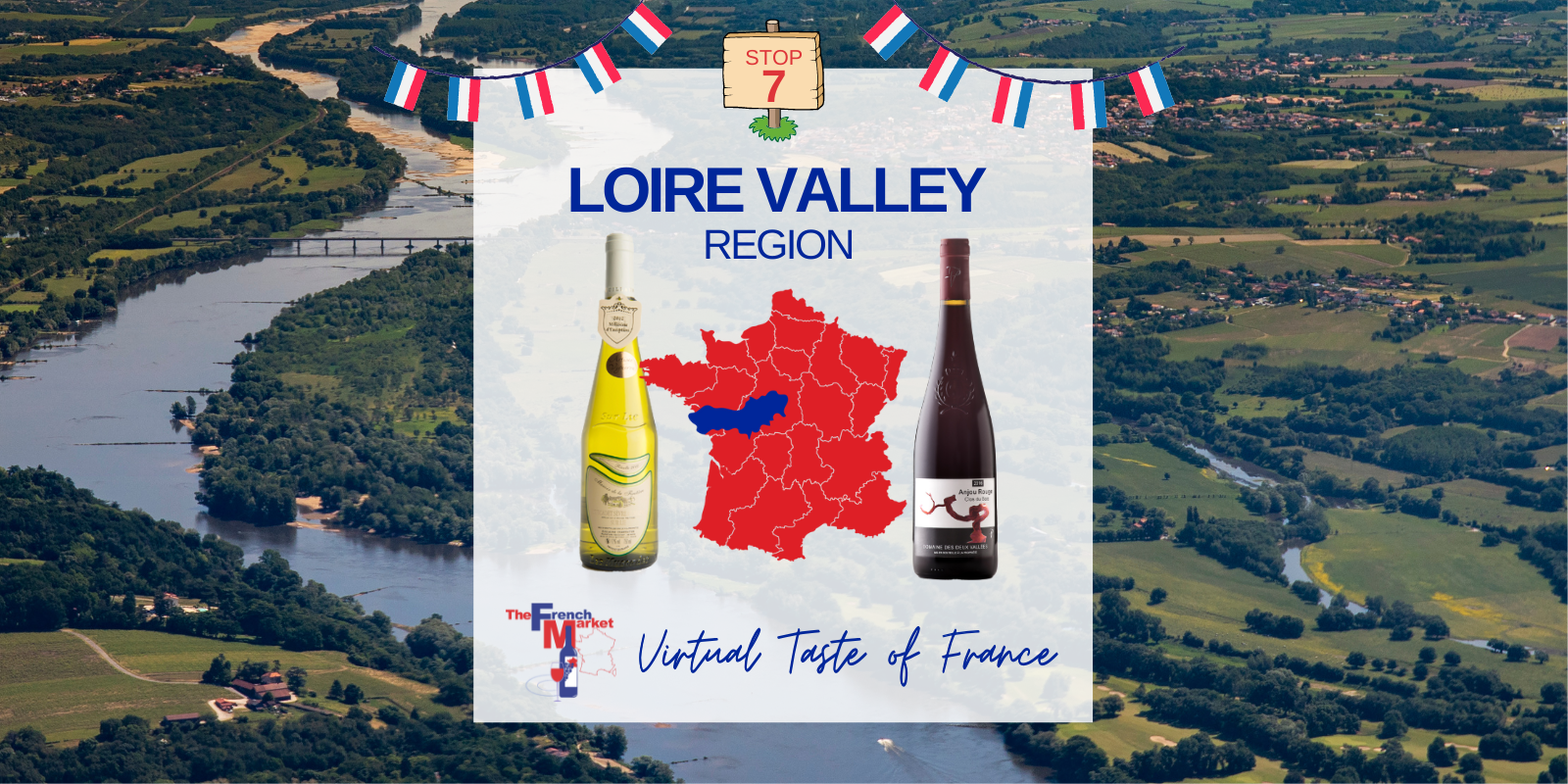 The Loire is France’s longest river, rising in the Massif Central in the south east and flows for just over 1000km total first north through Orléans, then west to the Bay of Biscay at St. Nazaire, just past Nantes.

Like most wine growing regions in France, the Loire Valley owes its long history of viticulture to the Romans, with evidence that they planted the first vineyards here in the 1st century AD. By the middle ages, the vineyards were mostly in the hands of the monks, whose skilled winemaking earned the wines of the region a reputation across Europe and even made them the most sought-after wines in England and France, more prized even than those from Bordeaux.

Sometimes known as the “Garden of France”, the Loire Valley is home to a total of 87 appellations total, and because it covers such a large area, it’s one of the more diverse and complex wine regions.

When asked about Loire wines, people tend to immediately answer white wines and Sauvignon Blanc, either Sancerre, Pouilly Fumé or Touraine. However, there is more to it than the Irish market’s favorite white grape. Chenin Blanc in the Anjou and Melon de Bourgogne in Muscadet are fine white wines for example, while Pinot Noir from Sancerre or neighbouring villages can easily rival Burgundy Pinot Noirs. Last but not least, Cabernet Franc, commonly found in Bordeaux blends, play the main role in Chinon,
Anjou or Bourgueil reds.

The easiest way to begin understanding winemaking in the region is to first divide it into three sub-regions:

1) The Upper Loire
The areas of Sancerre and Pouilly-Fumé, famous for its clean and crisp Sauvignon Blanc, prized by wine lovers around the world for its lively acidity, which is the result of drastic temperature drops at night in the vineyards.

2) The Middle Loire
The regions around Touraine, Saumur, Chinon and Vouvray where the most popular grapes are varieties that thrive in cooler climates. Chenin Blanc is the most widely planted white grape and are used in everything from dry white wines to sparkling and dessert wines. The most popular red grape here is Cabernet Franc, prized for its fruity palate and soft tannins, and often used in producing rosé wines.

The Middle Loire has been awarded UNESCO World Heritage status – one of only ten European winegrowing regions distinguished in this way.

3) The Lower Loire
On the final stretch of its trip to the Atlantic, the river passes through the Muscadet region. With its humid summers and wet, stormy winters, this region produces refreshing white wines usuually made from the Melon de Bourgogne grape which dominates here. The rocky, sandy soil here has excellent drainage (essential to deal with all the moisture that comes in from the ocean).

Two generic designations can be used across the whole of the Loire Valley. Crémant de Loire refers to any sparkling wine made according to the traditional method of Champagne, while Vin de Pays du Jardin de la France refers to wine produced in the region outside of an AOC designation.

Moreso than other French regions, because of its location and marginal climate, the overall quality of a vintage has a dramatic effect on the quality of wine produced in the region. The cool climate can prevent grapes from ripening fully and developing sugars which are needed to balance the natural acidity of the grapes. For example, in “cool vintages”, Sauvignon Blanc based wines tend to be lighter in colour, and less fruity, with more pronounced mineral notes.

Characteristic features of winemakeing in the region are: