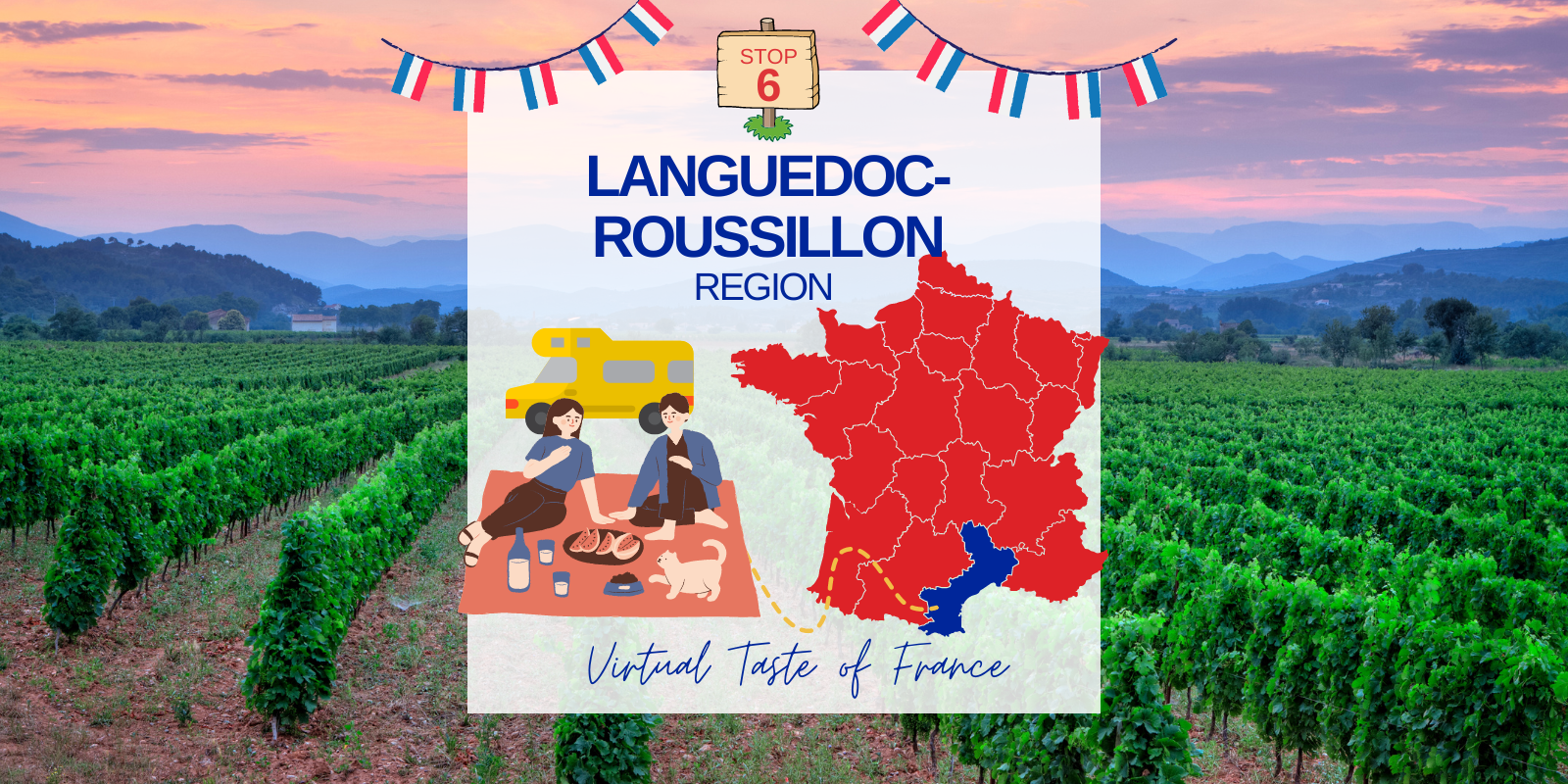 Located in the south of France, Languedoc-Roussillon is France’s largest wine producing region and is well placed for the world title, reaching from the border with Spain in the southeast to Provence in the east. Languedoc is the biggest area with Roussillon making up about 10% of the total area.) While Languedoc-Roussillon’s reputation traditionally has been one of “quantity over quality” this has been changing since the 80’s, with production shifting to high quality wines and the region’s reputation revitalised.

Winemaking in the region dates all the way back to the 5th century BC when the Greeks introduced vines to the area – these along with vineyards in Provence were are the earliest known in the country. As in other parts of France, winemaking expanded under the Romans and has remained an important part of the local economy since. The construction of the Canal du Midi, which connected the Mediterranean to the Atlantic, in the 17th century as well as the development of the railway system in the 19th century made it easier to ship wines to the north of France and beyond and contributed to prosperity in the region.

At this point, production shifted towards mass-produced cheap red wine – known as “le gros rouge” – to satisfy the growing work force of the nation. The region was producing high yield but “thin” wines which were normally blended with Algerian reds to give them more body.

An epidemic of phylloxera -a pest which attacks vine roots – in the 19th century severely affected the wine industry in the region and in Europe in general. Winemakers initially tried replanting much of the region with American rootstock that was naturally resistant to the phylloxera but these did not do well in the limestone soil, and in their place lower quality vines were planted. The vineyards were decimated and farmers had to graft vines using American rootstock, which were the only ones resistant to the pest.

With the industrial revolution and increasing demand for wine for the labour force all other France, very high yielding varietal such as Aramon and Carignan were planted to supply high volumes.
During both World Wars the region provided much of the daily wine rations for the French army, but when Algeria gained its independence from France in 1962 it brought an end the practice of blending thin local wines with stronger Algerian reds. This contributed to several decades of surplus wine production in France, with Languedoc the largest contributor to the EU “wine lake” and the focus of subsidies to production to uproot stock of “low value” varietals such as Aramon, Carignan or Cinsault.. This in turn prompted a shift in focus from many Languedoc producers, who began to concentrate on making higher quality wines. Decades later, the producers who held on to their Old vines Carignan or Cinsault and prune them short to keep low yields are producing fantastic wines.

Languedoc-Roussillon produces mainly red wine blends. Rosé and white wines are also produced, as well as sparkling wines made with the traditional method made famous by its association with Champagne but one that’s believed to have originated in the Limoux area of Languedoc. There are four sweet wine appellations in the region and Languedoc is also the largest producer of organic wines in the country.

Most of the region enjoys a Mediterranean climate – hot summers and mild springs, autumns, and winters. Strong winds help prevent pests and disease by giving natural protection to the vineyards and are a factor to the region’s ability to sustain a high level of organic production—36 percent of all organic French wine comes from the region.

Syrah is the principle grape in most blends from the region, closely followed by Grenache and Carignan while Merlot and Cabernet make the bulk of the IGP production. Chardonnay is the major white grape, used in the Vin de Pays d’Oc and the sparkling Crémant de Limoux. Sweet fortified wines are made with Muscat Blanc à Petits Grains grapes.

Wines from Languedoc-Roussillon can have a great many names from broad regional designations to very specific geographical classifications with restrictions on grape variety. Most of the wines from the region are labelled IGP (60% of the production). There is also a sizeable production of Vins Doux Naturels – naturally sweet wines, fortified most commonly with brandy.

Although the major share of Languedoc-Roussillon’s production is still made up of IGP wines, today there are 29 AOCs in the region, representing about 16 percent of its total production. There are 10 sub-regional appellations, 5 commune or village appellations, 4 sweet wine appellations and 3 sparkling wine appellations. There are also 14 designations or vineyard sites who have filed an application with the INAO for specific recognition.

When it comes to value for money, Languedoc-Roussillon is really a region worth looking out for with many young winemakers taking over vineyards and crafting fantastic wines at very competitive prices.