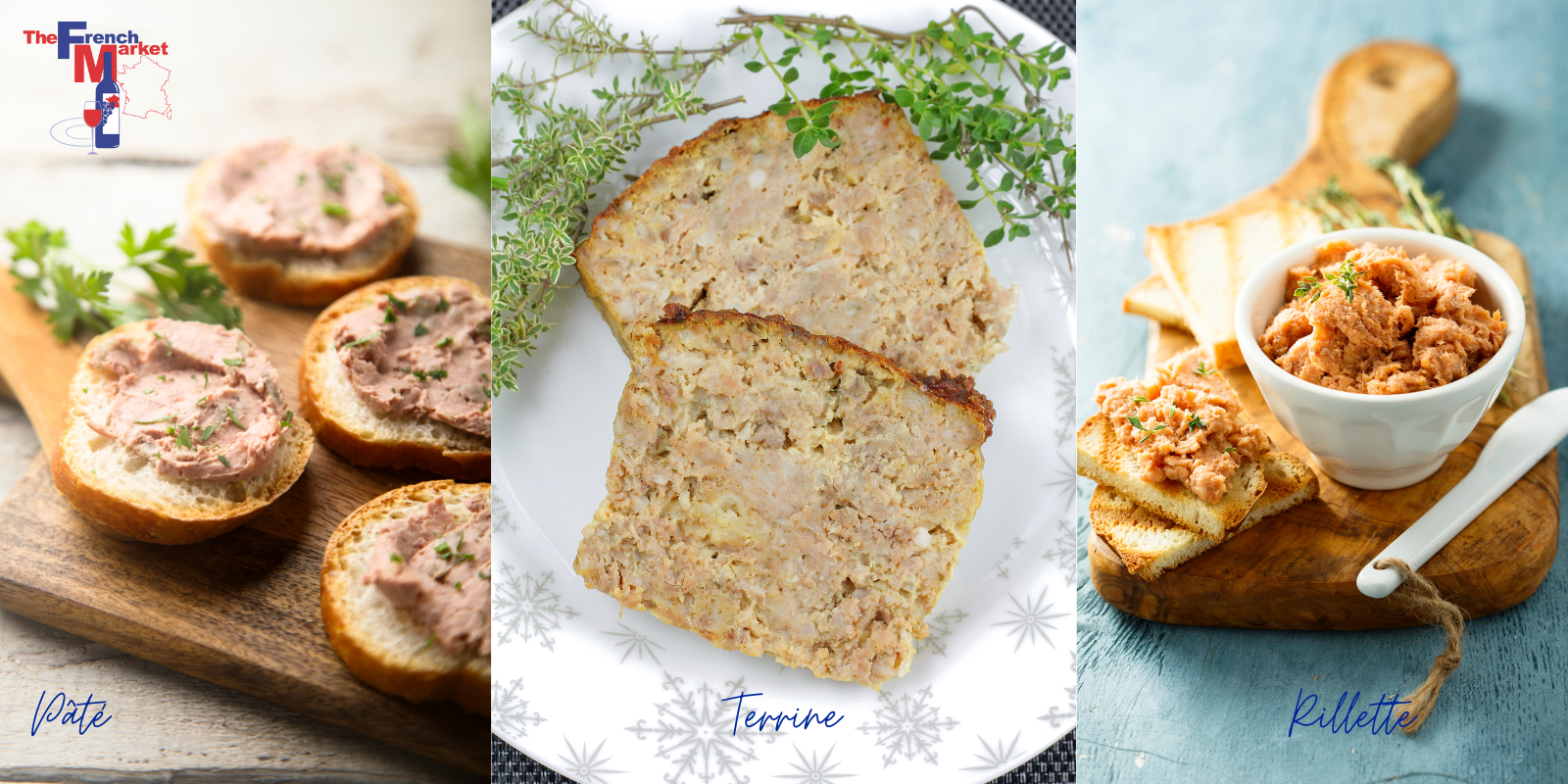 Did You Know? – Pâtés, Terrines & Rillettes

Pâtés, terrines & rillettes are three delicious French charcuterie products whose names will be familiar to many. While each originated as a means of preserving meats before the advent of refrigeration, these classic techniques remain popular because of the great flavours derived from the preservation process. But what exactly are the differences between each?

Pâté
Pâtés are made from meat and fat that is either ground or puréed together to form an emulsion. Spices and sometimes alcohol (such as port, brandy, or wine) are added for flavouring and milk, egg, or bread can be added to have texture. Some pâtés are spreadable, while others are sliceable. Pâtés are usually made from organ meat, such as liver, which also acts as a binding agent.

‘Pâté de campagne’ or ‘country pâté’, which tends to be coarser than other versions, is very common and generally made with pork. Sometimes pâté is baked in pastry or ‘en croûte’.

Terrine
Terrine, or pâté en terrine, is a type of pâté, moulded in a dish called a terrine – a porcelain or earthenware dish. It’s also common to see a terrine wrapped in pastry – ‘terrine en croûte’. However, a terrine doesn’t have to be a pâté, because it doesn’t have to be made of meat! Many other foods can be prepared in this style, as the dish it is cooked in is the defining characteristic of a terrine.

Rillette
Rillette tends to be chunkier still, and made from leg, thigh, shoulder, or rib meat, generally pork, fatback, duck, or rabbit. The mixture is shredded and then cooked in its own fat, and later ground to create a spread. The main difference between a rillette and a pâté is that in a pâté, meat and fat are combined before cooking, while with rillette, this process happens after.

So there you have it, 3 delicious French spreads for you to enjoy this summer! You’ll find them in artisan and fine food shops nationwide. And they feature alongside some tasty accompaniments in our Summer Hampers.